Home Music On His 39th Studio Album, Bob Dylan Grapples with His Own Mythology 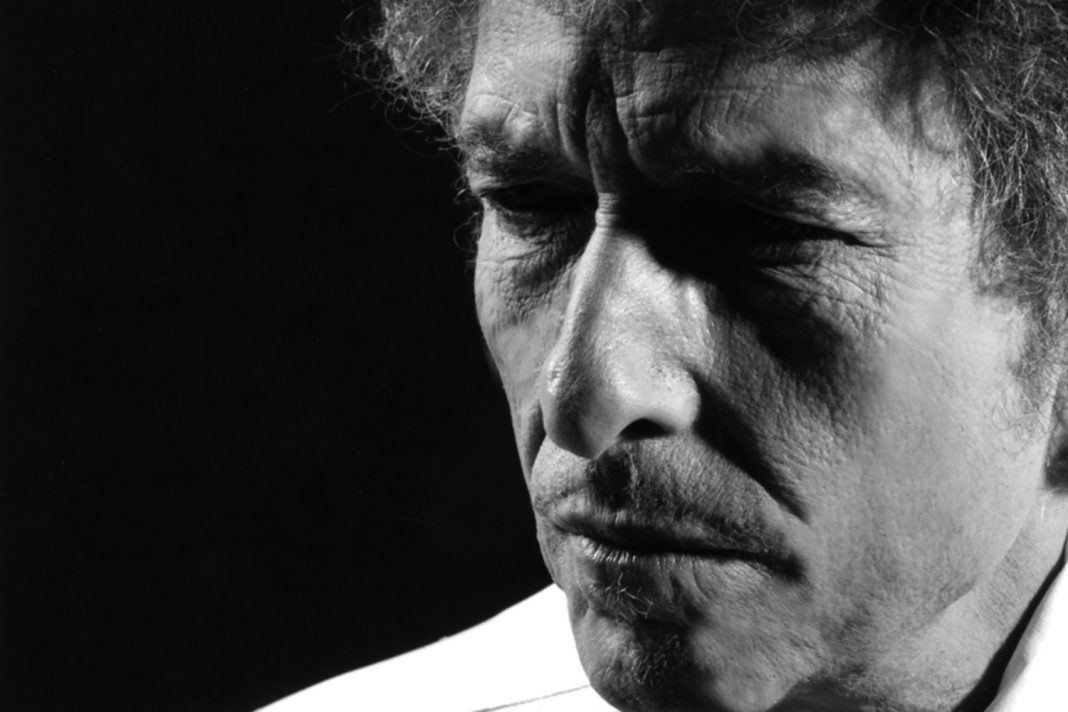 Bob Dylan, Born in 1941 (the same year as Bernie Sanders), still walks the Earth, a spry 79. On March 26, seemingly out of nowhere, the Nobel Prize-winning Malibu resident released his first original song in eight years—a 17-minute ditty called “Murder Most Foul.” Soon after it dropped, the single earned Dylan his first ever No. 1 on the Billboard chart. The tune is from Rough and Rowdy Ways, his 39th studio album, released June 19.

The track’s title is a line uttered by the Ghost in Hamlet, and its subject, sort of, is the Kennedy assassination and all that happened in 1963, a big year for the musician. His “Blowin’ in the Wind” was the anthem of the Freedom Summer; the singer-songwriter was set to perform on The Ed Sullivan Show but then stormed off the set after clashing with network censors; he would sing with Joan Baez at the March on Washington before Martin Luther King Jr.’s “I Have a Dream” speech; and then he nearly derailed his career in December when he remarked that he identified with Lee Harvey Oswald.

With rumbling drums and rubato chords, the glacially paced “Murder Most Foul” feels like a prayer of mourning. At first the lyrics are violent, forensic: “The day they blew off the brains of the king/ Thousands were watching, no one saw a thing.” But then, it’s no longer really about the assassination—and definitely not about 1963. It’s about an anachronistic crew coming to mourn Kennedy but actually to grieve for much more. Dylan sings “Rub a dub dub” before the mourners gather and makes lots of requests: “Play Art Pepper, Thelonious Monk/ Charlie Parker and all that junk” before mentioning the Beatles, the Beach Boys, the Who, the Eagles, Fleetwood Mac, and Queen. The playlist travels across space and time. In case you think he might be serious, he quips: “I’m a patsy, just like Patsy Cline.”

Dylan has lived a million lifetimes since 1963. He went electric and survived a motorcycle accident, marriage, children, Rolling Thunder Revue, divorce, Jesus, disappointments, setbacks, comebacks, constant touring, constant reinventions. His voice has dropped to a cement-mixer croak. And, in a gift to the quarantined, he revisits the Oswald comment that nearly destroyed him. Is he sorry? Please.

Of the three new tracks Dylan released at press time, perhaps the least ambitious but most revealing is the down-and-dirty blues of “False Prophet.” Dylan has always run in the other direction when people thought he had the answer. “I never wanted to be a prophet or savior. Elvis, maybe. I could easily see myself becoming him. But prophet? No,” he once said. Now he’s telling us he’s also not a false prophet. In the final lines he sums up the song as if he were summing up his life: “I ain’t no false prophet/ No I’m nobody’s bride/ Can’t remember when I was born/ And I forgot when I died.”

As Dylan said long ago, “It ain’t me, babe.” Now he says he’s already dead, and he sounds like he means it. But I wouldn’t bet on it.

David Yaffe is a professor at Syracuse University and the author of Reckless Daughter: A Portrait of Joni Mitchell.

RELATED: Fiona Apple Releases a Soundtrack for Our Abnormal Present