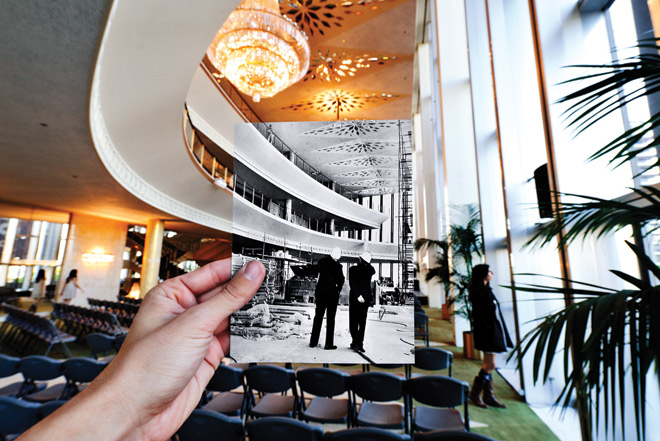 Wander into the Founders Room at the Dorothy Chandler Pavilion and you’ll find a portrait of the building’s namesake. After three failed attempts by L.A. County to pass bond measures that would support the project, Chandler turned to private sources. Her fund-raising perseverance included an unprecedented coalescing of Pasadena’s old money with Hollywood’s nouveaux riches that made the pavilion a reality. A Herald Examiner photographer captured a crew on July 5, 1964, putting the final touches on the lobby. The structure, the first of three at the Music Center, opened five months later. The L.A. Philharmonic called it home until Walt Disney Concert Hall debuted in 2003. Now the LA Opera sings its heart out here. Bravo!