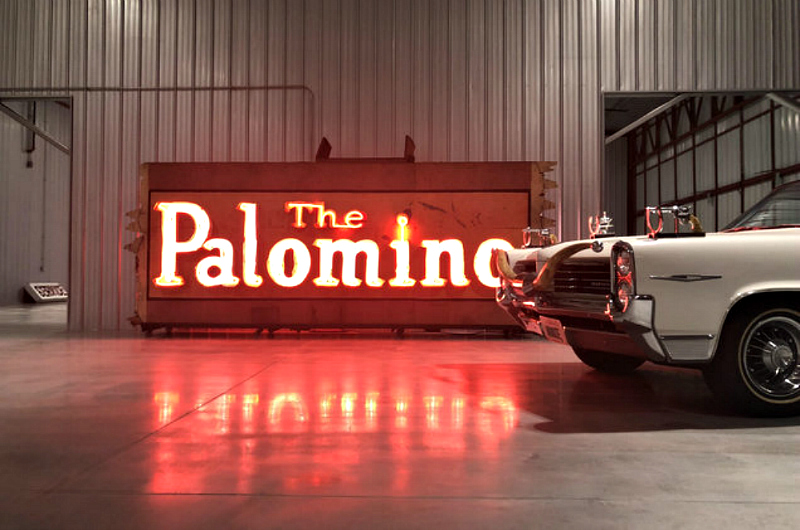 The Palomino was the Valley’s iconic country-and-western bar, dating back to the 1950s. It closed in 1995 and the space is now a banquet hall, but for one night the space will be made over in tribute to the past. Artifacts from the club, including its big neon sign, are now in the collection of the night’s beneficiary, the Valley Relics Museum, and will be trotted out for the occasion. Expect live honky tonk music and a barbecue dinner, too.

Generations ago, there was an influx of Portuguese immigration to New England, and the migrants brought their seafood-catching and cooking traditions along with them. Chef Sam Baxter at Connie & Ted’s takes inspiration from that regional American fusion, for four courses to be paired with Portuguese wines from Broadbent Selections.

An Evening with A Perfect Circle

A Perfect Circle started making their brand of alt-rock (or is it nü metal?) in 1999. In 2004, the band went on what would become a 14-year hiatus. Now, they’re back with an album that’s a stylistic departure–and it asks a lot of new, more mature questions. The group performs and sits for a conversation on their career in the Clive Davis Theater at the Grammy Museum.

Monty Python star Eric Idle sits down for a Live Talks Los Angeles conversation about his just-published memoir, Always Look on the Bright Side of Life: A Sortabiography. In keeping with the celebs-interviewing-celebs trend, he’ll field questions from fellow comedian Bob Saget.

Andrew Bird with the L.A. Phil

Quirk-pop singer-songwriter Andrew Bird (and his violin) join the L.A. Phil on stage at the Disney Concert Hall as part of the Phil’s ongoing Songbook Series. The program includes some solo songs by Bird, a new song suite composed by Bird and arranged for orchestra by Gabriel Kahane, and a L.A. Phil-commissioned symphony by Pulitzer-winning composer Steven Stucky.

Harry Nilsson’s 1971 album The Point! is a concept record about a boy named Oblio, the only round-headed person in the Pointed Village, and was accompanied by an animated film, which, in 1977, was adapted as a stage musical. Tim Heidecker (of Tim & Eric fame) stages a version of that musical and assorted other Nilsson songs, along with L.A. prog rock band Brother, Sister.

Across the Great Divide: A Benefit Concert

Americana music fans will get to see an array of beloved artists in one place at this special concert featuring John Prine, Bob Weir, Lucinda Williams, Lee Ann Womak, and a number of other guests and surprises. The event raises funds for the Americana Music Association and Blues Foundation.

RELATED: The 13 Best Things to Do in L.A. in October