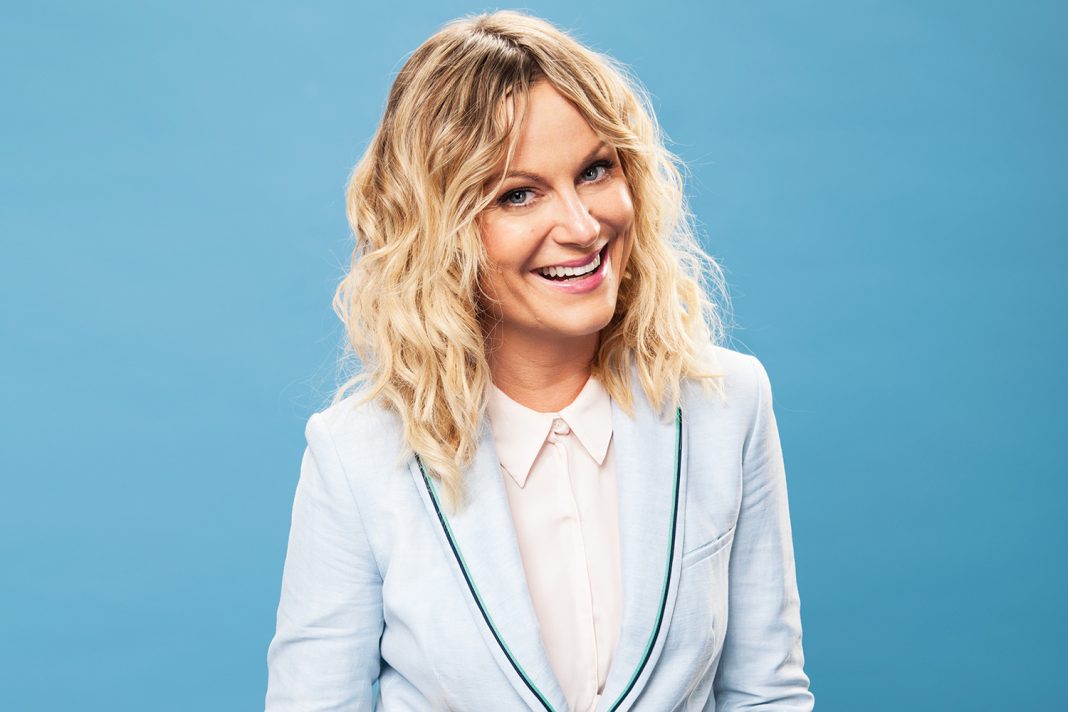 The red carpet at the Oscars is always a cacophonous scene, what with bleachers full of bystanders shrieking at the famous people below. This year, though, there was a moment when the crowd managed to focus its attention: As Amy Poehler, Maya Rudolph, and Tina Fey glided in, the din reached a decibel level usually reserved for things like early-era Justin Bieber concerts, rendering all other celebrities present instantly insignificant (sorry, Henry Golding and Trevor Noah).

This is the power of Poehler et al.: They are an A-list clique whose brand of comedy says, “Yes, you can sit with us,” which has resulted in universal adoration. It’s a neat trick, but as Poehler would tell you, there are no smoke and mirrors involved. Her onscreen relationships—be they on SNL or Parks and Recreation—pulse with verisimilitude because they also happen to be her real-life relationships.

This is the secret sauce she brings to Netflix’s Wine Country (May 10), a movie about seven women who reunite in Napa for a 50th birthday. It’s Poehler’s directorial debut, and it stars a fantasy league of her SNL compatriots (Rudolph and Fey, Ana Gasteyer, Paula Pell, Emily Spivey, and Rachel Dratch). “Often in film, women are fighting over a man or a job,” Poehler says. “I don’t see enough of the female friendships that are in my life—mine keep me sane.” The morning after the Oscars, we asked her to muse on rap battles, wine making, and her ultimate Galentine’s Day luncheon.

You were cast as Dorothy in a production of The Wizard of Oz when you were 10. In a modern-day reboot starring the Wine Country cast, who would play who?
Oh, this is a great question. I’m gonna pick Paula Pell as the Lion—she would be able to sing that King of the Forest song so, so well. Maya Rudolph as the Tin Man because she has a heart of gold. Tina Fey as the Scarecrow because she’s a real smarty-pants, and Dratch as Toto because I wouldn’t mind carrying her around and putting her in a little sack. And then I feel like we could have Ana Gasteyer and Emily Spivey as swing characters, everybody from the Wizard to the lollipop kid.

185 grapes walk into a bar, and the bartender says, “We don’t serve grapes here,” and the grapes say, “We’re not gonna wine about it.”

185 grapes walk into a bar, and the bartender says, “We don’t serve grapes here,” and the grapes say, “Ugh, how merlot can you go?”

That was the greatest thing that’s ever happened to me. Okay. So you have referred to Tina Fey as your comedy wife. If the two of you renewed your vows in Los Angeles, where would you hold the ceremony?
Oh, that’s wonderful. I think we’d hold it at the Four Seasons Hotel because it’s the only place that Tina ever goes to when she comes to LA. We would find a lovely suite at the Four Seasons, and invite six of our closest friends.

Who’s on the invite list?
I don’t know—we have to get some friends.

You’re in the audience at your dream sketch show. Who’s on the bill?
Oh, wow. Nichols and May, Monty Python, Kids in the Hall, Jan Hooks, Martin Short, Eddie Murphy, Key and Peele, Maybe the cast of The Young Ones. I’d start there.

If you started a Wet Hot American Summer-style summer camp in L.A., what song would you actually perform in the talent show?
Thank you for asking this.

You’re welcome.
I was kind of a dramatic kid. I would probably pick a song that was too mature, too slow—something sad that would bum everybody out. Probably Bonnie Raitt’s “I Can’t Make You Love Me” or a slower version of “Sweet Dreams” by Annie Lennox. You know when someone starts a karaoke song and you’re like, oh, no…? People would be like, “Oh, no, we’re in for a hard five minutes.”

If you could rope in anyone in the world as a camp counselor, who’d you pick?
You know what? If I can pick anyone in the world, I’ll pick Serena Williams and whoever Serena wants to bring that makes her feel comfortable. Because if we have Serena, we wanna make Serena happy.

Maybe her baby would make her happy? Not a great camp counselor, but whatever.
How fun would that be if a baby was a camp counselor? You’d be able to do whatever you wanted.

Women you would invite to your dream Galentine’s Day lunch?
Edna St. Vincent Millay, Maya Angelou, my nana, Snoop from The Wire. And Mary J. Blige.

Where would Leslie Knope and Ben Wyatt live if they moved to Los Angeles?
I feel like Ben’s not that strong of a swimmer, so I don’t think that they would be ocean people. They would have a nice house in the Valley.

Please do. I love that territory.
It would be a news show called Poehl Position, but it would be spelled P-O-E-H-L. On every show I’d scream a really uneducated opinion about something, and then I’d have people come on to fight me about it. Physically fight me about it.

Who’d you hire as your house band?
I mean, I’m not going to overthink this. I’m going to see if I can get Devo back together.

I feel like they would get back together for that.
Right? For Poehl Position? I mean, it’s a hot show. There’s at least five or 60 people watching it a week.

You’ve been known to spit some sick verses on the Comedy Bang! Bang! podcast.
Oh, dear.

If you were in an underground rap battle, who would you want to go up against on stage?
Oh, my God. I just want to make very clear that I know that the white girl nonsense of my “rapping” is not rapping—when I’m asked to freestyle on an improv comedy podcast, I have to say, “Yes, and…” But please know I’m well aware that I’m a basic white girl rapping. But who would I like to go up against? Do I have to battle them?

Yeah, you have to battle them.
Fuck! Great question. Let me just say, in no way do I think I’m as good as any of these rappers. But I would like to battle maybe Nas or RZA, or the most amazing female rapper, Cardi B.

Can you imagine that?
No! This is my worst nightmare! If I had to rap with, around, near, or even close to any of these professionals, I would kill myself. But I would very much like to meet Cardi B.

You’re a big Judge Judy fan, is that right?
Yes. My favorite. Like, if I whispered my mood board secrets into a dreaming box or whatever, I would want to have a nice light lunch with Judge Judy sometime. Whenever anyone’s like, “This is the Oscars, who do you want to see tonight?” I’m always like, “Is Judge Judy here?”

Let’s say you took Judge Judy’s place on the stand for a day. What would be the most L.A. case you could hear?
It would be some kind of dog fiasco. Because I constantly watch Judge Judy, and every L.A. case is like somebody’s dog got out of their yard, always. And Judge Judy is so pro animal, awesomely. The ASPCA or PETA should take a hard look at Judge Judy, because she always comes down on the side of the dog.