Home Awards Watch The Oscars Have Never Had a Latinx or Asian-American Host–Here Are 7... 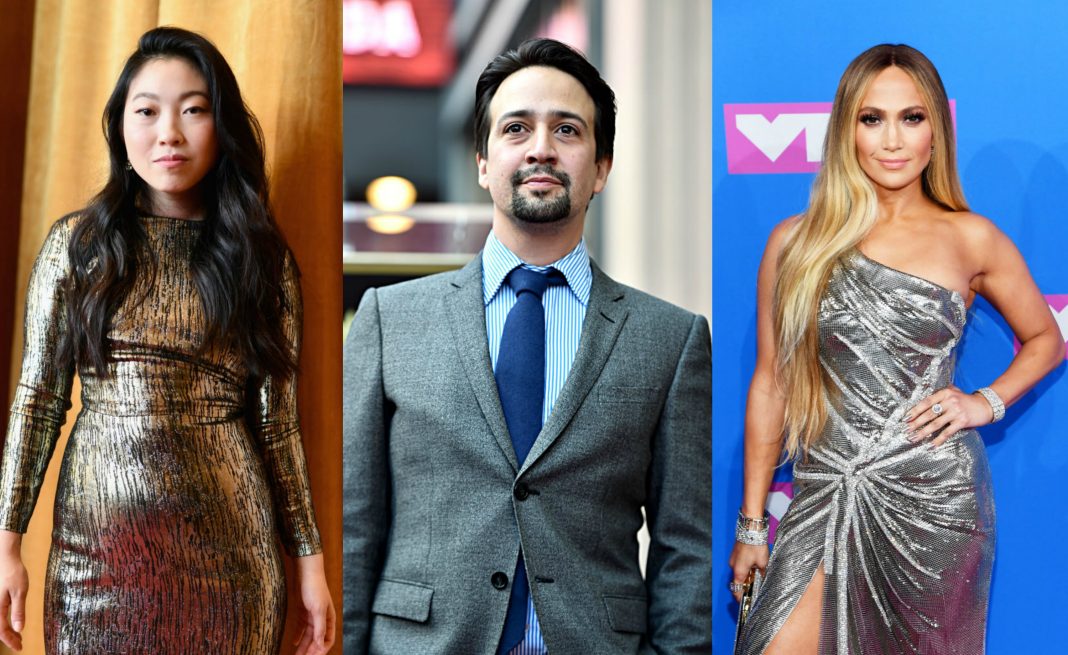 Comedian Kevin Hart was set to host the 2019 Oscars, but stepped aside yesterday amid a firestorm of criticism of his selection due to his history of homophobic statements. While we can’t speak to why he was picked in the first place, given the public nature of the social media posts in question, it seems like an opportunity for the Academy to replace him with another host from outside their historical tradition of white men (nearly 70 percent of Oscar hosts have been white men).

But in addition to those candidates, it’s worth noting that the telecast has never had a host of Latinx or Asian heritage. Those two groups represent the largest percentages of movie ticket sales in the United States, though they remain underrepresented on screen, even as the Academy has been touting their commitment to inclusivity and diversity. While hiring a Latinx or Asian Oscars host won’t do much to fix the overall makeup of Hollywood, it would be a visibility-raising statement.

While we would seriously hope the people behind the Oscars ceremony don’t need our help identifying Asian and Latinx performers who would be great for the job (and don’t have a bucket of obviously problematic Tweets to defend), history suggests we can’t take that for granted, so here are seven people who came to mind.

Lin-Manuel Miranda is obviously a perfect choice and if he doesn’t take the gig, we have to assume it’s only because he’s going to be too busy in February rebuilding Puerto Rico with his own hands following the run of Hamilton on the island. He can do song-and-dance numbers, he can do banter, he’s got a big Hollywood studio movie out now (which has already picked up Golden Globe noms), and he’s maybe the single most wholesome and universally beloved man in America.

Compulsively watchable, relatable, and, most importantly, actually hilarious, comedian-actress-rapper Awkwafina would bring some much-needed youth and energy to the proceedings. Ratings have been slumping for years, and she’s the kind of performer that could actually turn the ceremony into good television; just think of how she stole every scene she appeared in 2018’s Crazy Rich Asians and Oceans 8.

A J. Lo-hosted Oscars would be iconic. Sure, Lopez is not a stand-up comedian, but neither were past hosts like Anne Hathaway and Liza Minelli. Lopez would make it a show and that show would be glam af. We would expect some Neil Patrick Harris-obliterating musical routines, stunning outfits, and a sensibility that appeals to a wide and enthusiastic audience.

Comic Ali Wong is on a roll. She released one of this year’s biggest, most talked-about comedy specials, Hard Knock Wife, building the success of her 2016 release Baby Cobra. Forbes has described her as setting the “gold standard for comedy” and ranks her on the level of a Dave Chappelle, Chris Rock, or Jerry Seinfeld. The Oscars are a notoriously tough stage, but Wong is in a rare class of stand-ups that have the chops to pull it off and actually get in some jokes that won’t fall flat and be immediately forgotten.

Rita Moreno set the template for generations of Hollywood stars and she’s still out there, at age 86, on screen and stage–and as an outspoken advocate for diversity. If the Oscars has struggled with its sense of identity and relevance in recent years, a hosting turn by Moreno would help connect Old Hollywood nostalgia to the modern day. Moreno’s also a rare “E.G.O.T.”-winner, and her recent announcement of a return to Broadway suggests she would be down to break out a little choreography.

Ken Jeong has been the guy Hollywood calls when they need a dose of zany humor, with film and TV credits including The Hangover, Community, of course, 2018 super-hit, Crazy Rich Asians. He’s willing to do big, broad, and physical comedy, which could keep the ceremony energy fun and upbeat. Also, nbd, but Jeong is also a licensed physician in California, should anybody in the Dolby need a doctor.

The #MeToo and #TimesUp movements continue to hang heavily over Hollywood, and lending the industry’s most prestigious platform to someone like American Ferrera who has been a powerful activist on those issues, would be a welcome symbolic gesture. The actress and author has also been a ground-breaker for Latina representation on screen. Not that a Ferrera-hosted Oscars would be all political rhetoric; her career has proven she has hilarious comic timing and an infectiously positive energy.

Will Smith Apologizes to Chris Rock for the Slap, 4 Months Later