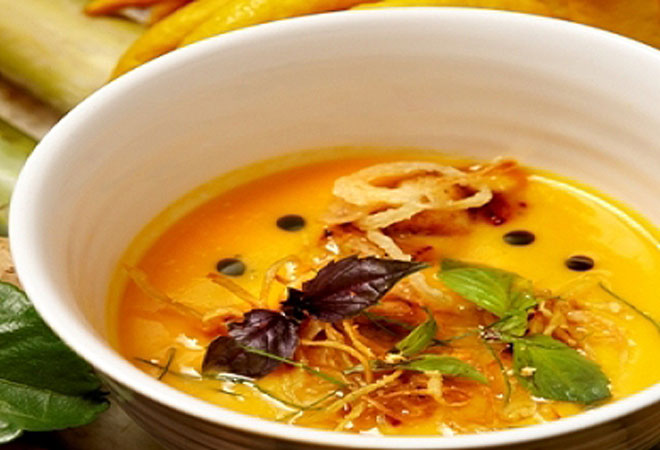 Indulgence without pretense is the Spago way. The phone is picked up by the second ring. The choice of magnums is legendary, although the sommelier champions a $50 syrah from the northern Rhône. Following 2012’s overhaul, Wolfgang Puck’s flagship has turned into a streamlined space with fireplaces and modern art (oh, that’s a Ruscha) striking enough to draw out the nuances of Lee Hefter’s cooking. There’s vitality when the cushioned house style is applied to the jagged edges of contemporary dining. Binchotan charcoal, wild nettles—they’re all here. A thin layer of smoked mascarpone tops the veal tartare in a marrowbone. A jolt of garlic negates the gentility of veal chop au jus. Of course some rituals are eternal. The appearance of white corn agnolotti on the menu is still how the peak of summer is announced in Beverly Hills.