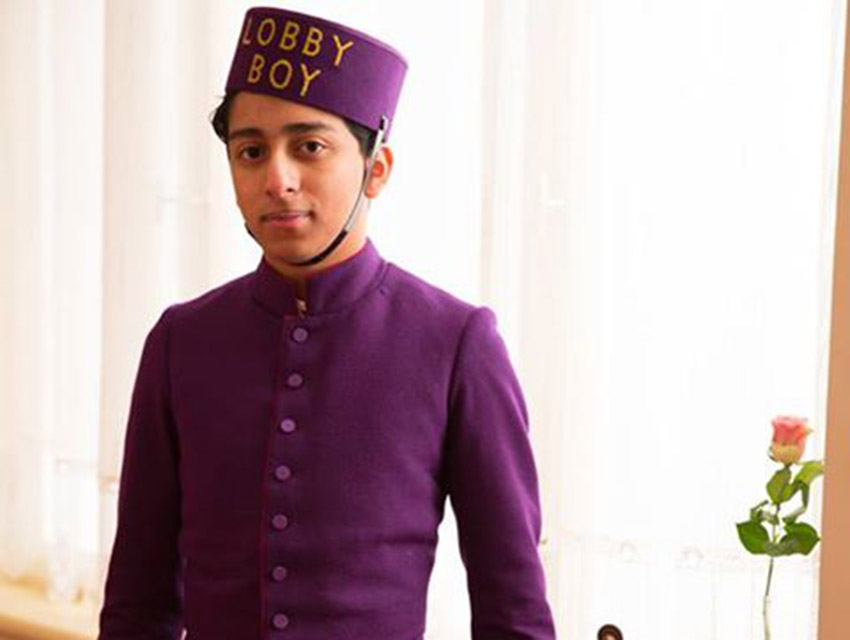 Did you have to check out too soon at Wes Anderson’s The Grand Budapest Hotel? No matter, the nine-time Oscar nominated film was re-released into theaters this week (and is currently playing on HBO). We paged the hotel’s helpful Lobby Boy Zero, aka actor Tony Revolori, at the Critics’ Choice Awards last week, and he chatted with us about his first role in a big film.

How did you prepare for the role of Zero?
“I definitely watched a lot of Lubitsch films like To Be Or Not To Be or The Shop Around The Corner in preparation for it, but also I studied with Wes more than anything. I just let him direct me. He’s very precise. I knew I was in good hands with him. I didn’t really need to get ready for it because I knew he could get me where I needed to go.”

What was your favorite part to film?
“I think it would have to be when we’re stealing the painting and I put up the lesbian picture in its place. That scene was fun to shoot. All of the looks and the open eyes—that was fun.”

Revolori may have lost out to Boyhood’s Ellar Coltraine for Best Young Actor at the Critics’ Choice Awards last week, but he took to the podium that night to accept a Best Comedy award for the movie. The Grand Budapest Hotel’s cast is also up for Screen Actors Guild Award this Sunday. Truly.

Exclusive: Here Are All of the Movies You Can See at Hollywood Forever Cemetery in September