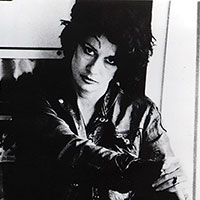 When punk music jumped the pond to the United States, New York may have received all the attention, but L.A. forged its own sound. Penelope Spheeris, now 68, offered a front-row seat to the head thrashing with her 1981 cult documentary, The Decline of Western Civilization. The director—who would later bring Wayne’s World to the big screen—remembers making noise.

I had totally kissed off music in the mid-’70s. It was extremely boring, all disco and “Piano Man.” The hippie protest movement didn’t work, and it was a natural reaction for punks to go against that. Instead of “I love you,” they said “I hate that.” Most of the people in the movie were my friends. They were runaways from Hollywood or Orange County. They were kids who generally disagreed with the capitalist system—and their parents represented that—or kids from dysfunctional families. I had seven stepfathers, most of whom were alcoholics, and my mother was bipolar. I related to the chaos of the scene. I wanted to make sense of it. I don’t think anyone would have taken to some anchorman coming in and trying to speak to them, but they knew me.

The premiere was at the Hollywood Theatre, across from Mann’s Chinese. I’d asked for a week run, but they said nobody would come, so they promised us one screening at midnight. So many people turned up—the lobby looked like a fishbowl, with people’s faces pushed up against the glass. But there was no trouble. One usher’s jacket got stuffed down the toilet—that was it. The theater owner gave me a second screening directly afterward, so people spilled out into the street, and the cops came with their guns and motorcycles and shut the boulevard down. I was proud. I didn’t expect to get a letter from [then-chief of police] Daryl Gates that said, Don’t ever show this movie in this town again. When Darby Crash OD’d [on December 7, 1980], fear shot through me. He was confused and lost, but he was so charismatic and sweet. Before he died I had printed 1,000 posters for the movie with him lying on the floor, looking dead, and I felt so horrible that I had chosen that image, but nobody ever said anything about it. It was the end of an era.

But here’s the thing in life that I think we always forget: There’s a beginning, a middle, and an end to everything. One night I drove down the Strip and I noticed I couldn’t even move because some hair metal band was playing at the Roxy. I made a movie about them, The Decline of Western Civilization II. I love change. It’s human nature. If you’re truly punk, you move on.