Home Disneyland Life Inside the Mickey Suit (Yep, It Gets Hot in There) 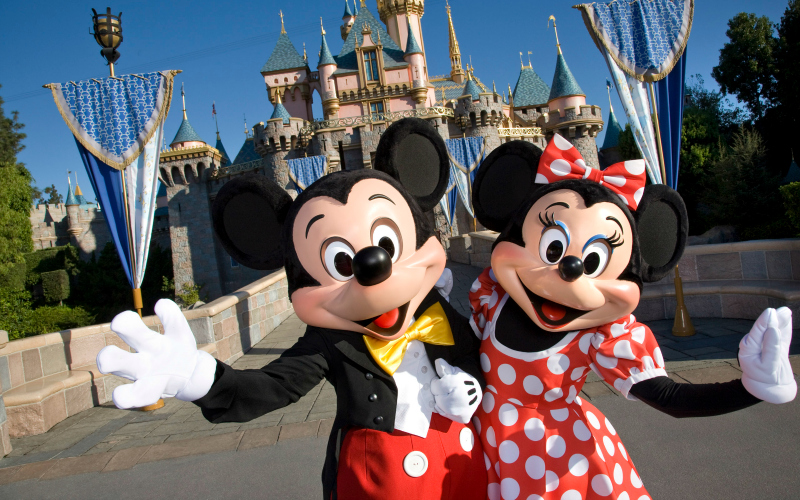 This article is part of our Insider’s Guide to Disneyland, from the November 2017 issue of the magazine.

As told by Luann Algoso to Zoie Matthew

I grew up in Anaheim, so it was kind of a given that I would eventually work at Disney. I’ve been dancing since I was 7 or 8, and when I was 20, I went to the character audition, thinking it was a dance audition for the parade. When I got there, they were already making cuts based on height. I was like, “Wait! We haven’t even started dancing yet!”

Mickeys range from four-seven to, like, five feet, and I made the first cut because I’m four-eleven. It wasn’t until they were like, “Pretend you’re Eeyore and your tail has fallen off ” that I realized this was a character audition. It’s all based on movement and how you’re able to express in a big way. I was intimidated—there must have been close to 100 people in that room, but I was like, “There’s no turning back now.” I was hired at the end of the day.

Once you are hired, there’s a two-week orientation where you go through a rigorous history lesson and all the parts of what it means to be a cast member. That doesn’t include the actual orientation in your department. We also went through a bunch of training on how to engage with guests and how to do the signatures. You have to sign a specific way because they want guests to feel as though you’re meeting the same Mickey at any Disney park. We learned how to move like each character. If you’re in my height range, you can be Mickey, Minnie, Donald, Daisy, Lilo, Stitch, and Meeko. I played all of them. Mickey was jumpy and jolly, like a mouse. Minnie was girly and feminine. Daisy was similar to Minnie, except she had more sass—she would snap her fingers and shake her neck. Donald was angry all the time and would shake his fists. Stitch was probably my favorite character to play because he’s just a jerk. He would mess up everything and throw things on the ground and stick his tongue out.

On Main Street a typical shift was eight hours. It can get pretty warm—there were never any fans in the costume—and it’s hard on the body because you have extra pounds on you. There are usually two Mickeys on shift at the same time, so you’re trading every 30 minutes, but if it’s really hot, they’ll limit it to 15 minutes or less.

It was a lot of fun interacting with guests. You get hugs every day, and people are excited to see you. Some people get too excited. There was a person who got super-excited and ran toward me and picked me up. I didn’t know it was going to happen, so I didn’t brace for it, and that head is ten pounds. I got whiplash. I was on worker’s comp for a few weeks after that.

RELATED: Stars Who Worked in Disneyland Before They Were Famous