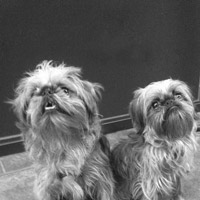 Named after the chef’s pooches, Orsa & Winston is a genteel departure from Josef Centeno’s more casual Bäco Mercat and Bar Amá. The word omakase is used to describe the prix fixe format, but the five, nine, or elaborate 20 courses skew more Cal-Italian than Japanese and change with Centeno’s whims—which is how he cooks best. One night there might be a splendid pile of sea urchin-coated spaghettini or gauzy testa (head cheese) with rolls of Japanese milk bread. But meals can lack cohesion, and some dishes would fit in better at the less splurge-y Bäco. Centeno’s fancy pants might need a little breaking in. » 122 W. 4th St., 213-687-0300.