If there’s one thing Angelenos and the French have in common, it’s the ability to make informal look so vachement cool. Petit Trois, Ludo Lefebvre’s take on a French bistro, is—like its neighbor Trois Mec—a collaboration with Animal’s Jon Shook and Vinny Dotolo. But here such frills as reservations and tables are pooh-poohed (there’s room for only 21 at the first-come, first-served bar stools). In the hands of chef de cuisine Sydney Hunter III, a simple omelette with Boursin cheese becomes a master class in egg cookery. An “onion soup sauce” uplifts steak frites, and house-made mille-feuille takes a napoleon to heights that the diminutive emperor could only dream of. 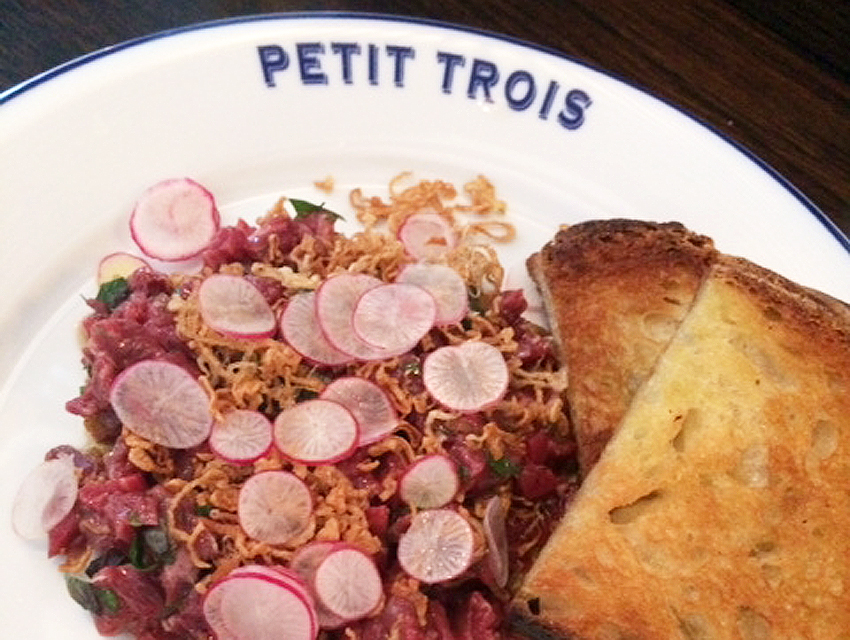