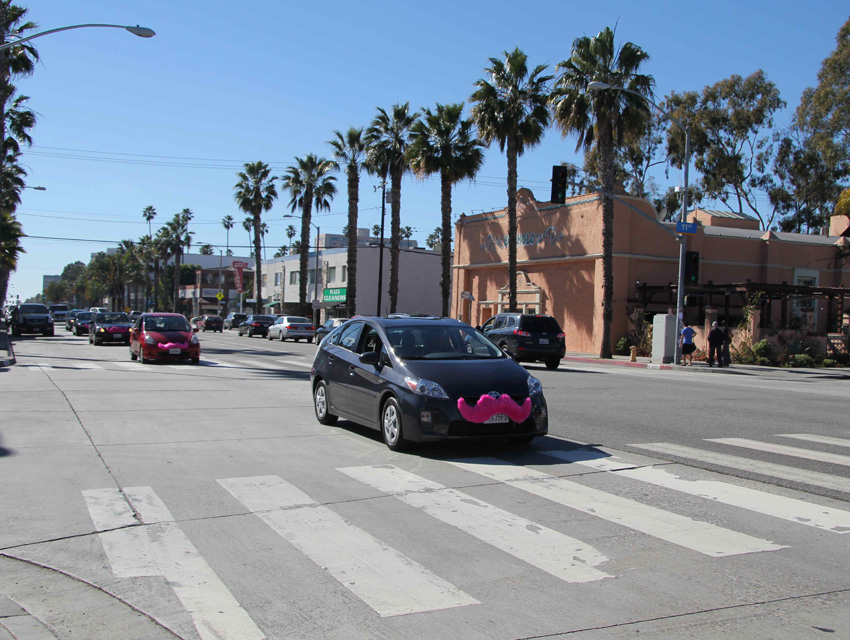 While Uber suffers through a PR nightmare, its competitor Lyft keeps innovating. After debuting a shared-ride service known as Lyft Line earlier this year, the San Francisco-based company is taking that idea one step further.

Just before Thanksgiving, Lyft announced their new Driver Destination program. While Lyft Line brought cheaper service to riders comfortable with sharing the same car with other users headed in the same direction — akin to splitting a cab — Driver Destination offers the same opportunity to those behind the wheel. Participants will enter a destination into the Lyft app and receive ride requests from Lyft Line passengers heading the same way, or not too far out of the way.

Drivers who take the same route to work every day can get in on the Destination action by picking up others going their way during rush hour. Lyft says those who provide rides to other commuters could make up to $400 a month, enough for a car payment (and insurance, depending on the car, of course).

It will be interesting to see if Driver Destination creates a new breed of savvy, 21st-century cabbies. Regular Lyft drivers are used to being in the car with strangers, but most solo commuters are, obviously, not. But as Lyft points out, even a small change could do wonders for clearing the air and cutting down on oil demand; Lyft says nearly 80 percent of U.S. commuters drive to work alone. And in Los Angeles, anything that could reduce traffic and encourage people to share their commute would be a step in the right direction.