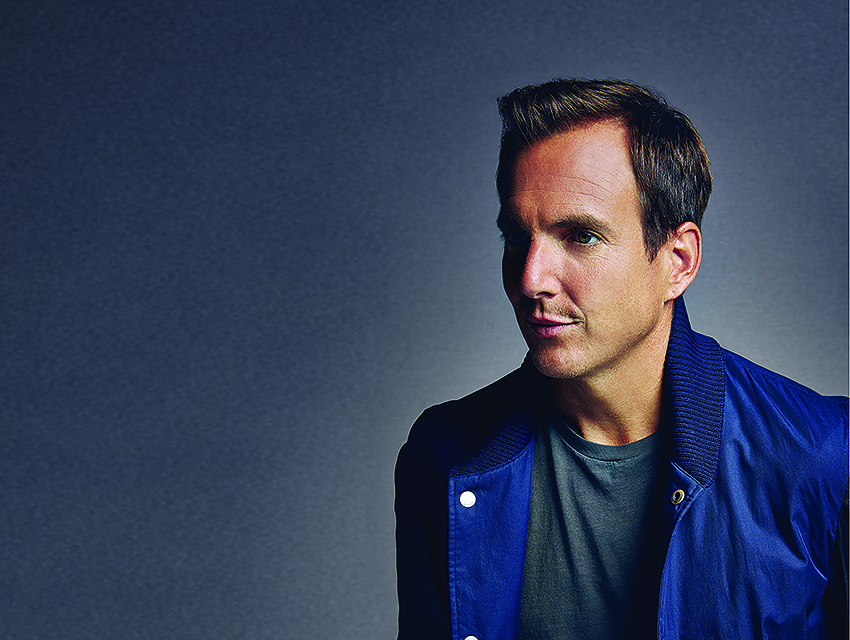 Will Arnett is having an affair. With Venice, that is. The Toronto-born actor, who played lovable idiot Gob Bluth on Arrested Development and now voices an animated stallion on BoJack Horseman, has lived there on and off since 2000. His infatuation is hard for him to explain—it’s as if he’s trying (and failing) to describe his best friend in only three words. “What I love about Venice,” he says, “is that it’s always had edge.” (One.) “It’s very gritty.” (Two.) “But it’s such a unique place.” (Three.) The Netflix series Flaked (premieres March 11), a seriocomedy cowritten by Arnett and Mark Chappel, is a more comprehensive ode. Arnett plays Chip, a holier-than-thou Venice local crumbling under the weight of carefully crafted pretense: He leads AA-type meetings but nurses a bottle of kombucha, which is actually red wine. The show is rife with deeply site-specific references (Gjelina is simply referred to as “Gj”), though Arnett thinks it will still resonate with non-natives. “Venice is a place where people come to reinvent themselves,” he says. “People who don’t live there will want to spend time there.” Here he ponders kissing Chris Pratt and which dead actor could rock TOMS.

Venice’s unofficial anthem?
“We All Live in a Yellow Submarine.”

Accurate. Do you have a reason?
Everyone in Venice is in agreement that they’re all on this weird trip together. My friend tweeted last year, “What’s the name of that band that everybody in Venice is in?” I sometimes want to say to people, “Hey, man, I really like your costume.” But I love it. Total respect.

Four L.A. bike basket essentials?
Water, a bike lock, sunscreen, and coupons to Bay Cities, so you could ride over and get as many sandwiches as you wanted on Lincoln. That would be rad.

L.A.-based comedian who could live on the Venice Boardwalk?
Zack Galifianakis. No hesitation. He’d fit in, and nobody would notice him.

If BoJack Horseman were your life coach, what advice would he give you?
First of all, It would be bad advice. His advice would be, “Don’t trust your instincts.”

Three Angelenos you’d recruit for a Venice drum circle?
I have to include a drummer, so Chad, the dude from the Red Hot Chili Peppers. Then Dennis Hopper and Jason Bateman. I used to live two doors down from Dennis Hopper for years. That’d be a fun crew.

Marry, Kiss, Kill, costar edition: Michael Cera, Chris Pratt, and David Sullivan.
I’d marry Michael Cera because he’s so easygoing. We’d just get along. To kiss David or Pratt would be a toss-up—I love both those guys. They’re both real handsome. I’d have to say kiss Sully and kill Pratt, because Sullivan is on Flaked and I can’t kill him.

What would your parting words to Chris Pratt be?
“You get it—right, bro?”

What would you name an L.A.-specific strain of marijuana?
Venice the Menace? With a picture of the creepy little face.

Clever! When I came up with this question, the only one I could think of was The 4-0-Fried.
Oh the 4-0-Fried is good. I love that.

To be fair, sometimes pilot season can be scary for actors.
Sure, but at least during pilot season I’m not going to die.