Home Film The New CGV Movie Theater Has Every Amenity, Including Snow (Snow!!!) 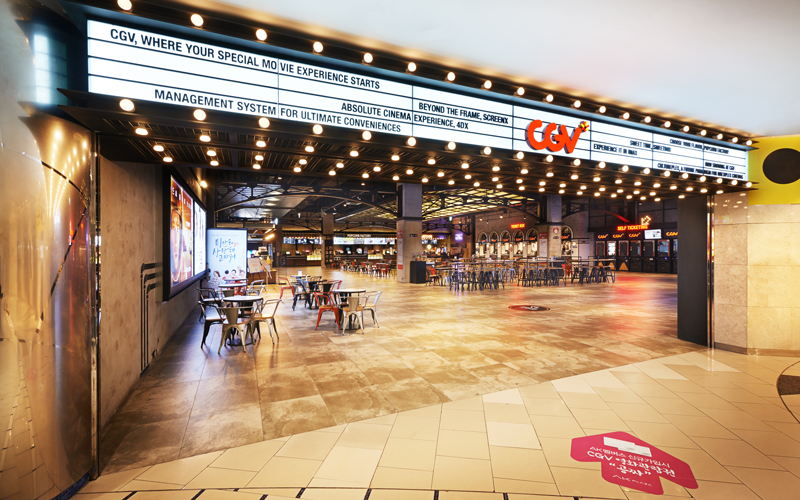 A CGV theater is opening just north of Anaheim in Buena Park—home to a thriving unofficial Koreatown— and it houses a 4DX theater (Moving seats! Fake snow! Lightning effects!), a ScreenX theater (a 270-degree wraparound screen covers three of the theater’s walls), and a “premium” cinema with dine-in service and recliners. Sure, those amenities exist at other theaters in L.A. (including the smaller CGV in L.A.’s K-town), but never before in recorded history have they been rolled together under one roof.

The South Korean theater chain’s flagship location in the U.S. will feature Korean, Chinese, and Vietnamese films alongside the standard Hollywood stuff. Titles such as, say, 快手枪手快枪手 (For a Few Bullets) or 부산행 (Train to Busan) will screen alongside the likes of Guardians of the Galaxy.

Above all, the theater is being touted as a “Cultureplex”—a theater format the company has built around world but never before in America. There’s a chill space with a bar and some food options where you can kick back before or after a movie. They say they’ll be bringing in local bands to perform, too.

At the official grand opening this weekend you can catch Resident Evil: The Final Chapter in 4DX or a documentary on K-Pop boy band Big Bang in ScreenX. And yeah, get a soju cocktail while you’re at it.

Thomas Harlander is a staff writer at Los Angeles magazine. You can follow him on Twitter and Instagram. He recently wrote: Disneyland Just Opened an Ultra-Exclusive Dining Space Called 21 Royal