Home Science Scientists Are Working to Make All of L.A. Three Degrees Cooler 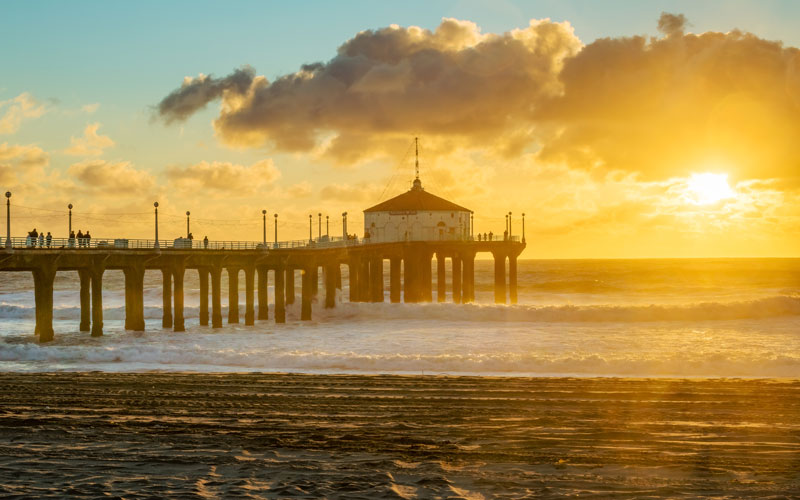 Mayor Eric Garcetti has pledged to reduce L.A.’s average temperature by three degrees over the next two decades (which, if you think about the difference between it being 101 and 98 outside, is a big deal), and, as the Los Angeles Times reports, a group of scientists are actively working towards that goal.

In L.A. we have to deal with the urban heat island effect, where all our asphalt and dark roofs and vehicles—as well as a lack of greenery—can make it miserably hot in the summer. Dark surfaces absorb heat from the sun, and they retain that heat even as the evening cools. For one thing, that means checking the mail on a Saturday afternoon in July feels like reenacting the entire plot of Mad Max, and it also means we end up breathing worse air and using more energy to cool our homes.

So the city is trying to turn down the thermostat. A team led by the mayor’s chief sustainability officer, Matt Petersen, has been collecting data from across L.A. According to the Times they’re in the process of mapping regional temperatures, installing weather stations in key areas, and even building computer models of specific neighborhoods to test out different approaches to heat reduction. A few of those approaches involve:

• Replacing streets and sidewalks with materials that reflect more of the sun’s radiation
• Promoting cool roofs (they reflect more sunlight than normal roofs) and green roofs (they are covered in grass)
• Planting healthy trees, which can cool off the built environment through shade and evapotranspiration (basically the plant equivalent of sweating)

Keeping the city at a reasonable temperature is all the more important as the climate gets warmer. Unless of course…

The concept of global warming was created by and for the Chinese in order to make U.S. manufacturing non-competitive.

Thomas Harlander is a staff writer at Los Angeles magazine. You can follow him on Twitter and Instagram. He recently wrote: You’ll Be Able to See Both a Comet and a “Snow Moon” Eclipse This Friday