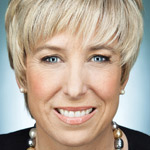 Wendy Greuel got her first taste of city hall politics when she served on Mayor Tom Bradley’s youth council while in high school. After being elected to the city council a decade ago, she helped get so many potholes filled, she earned the nickname “Pothole Queen.” Indeed, Greuel’s attention to detail can border on the obsessive. She used to comb through the accounts of her father’s building-supply and trucking company, looking for the extra penny to make the ledgers balance. Since taking the job of Los Angeles controller three years ago, Greuel, who turns 51 in May, has been trying to do the same with the city’s books. She’s harangued city departments for handing out too many cell phones, and she’s accused the Department of Animal Services of not collecting enough license fees from dog owners. She argues that her brand of in-the-weeds management is what L.A. needs. And that’s why she aims to be the next mayor. Greuel wants to offer a reality check to Mayor Antonio Villaraigosa, who swept into office with promises of fixing schools, revitalizing public transportation, and planting a million trees. But does Greuel, who is so focused on making the machinery of municipal government grind forward, have bold ideas about how to lead Los Angeles? We recently caught up with her over a glass of wine downtown at Checkers.

You’ve had your nose in the city’s finances for a few years now. How bad are they? Is there a way out of this mess other than selling municipal parking garages?
We’re facing the same challenges as many other cities. Los Angeles has historically said, “Ha, we’re L.A. We’ll get through it. Businesses will move here. Tourism will grow. We will survive without having to make some of the drastic cuts that others are being forced to make.” What we’ve learned is that we’re no different. It’s all about making sure we are looking at our bottom line and not avoiding the decisions we need to make. Dealing with the budget is not like fine wine. It doesn’t get better with age.

Are you saying we’re going to have to get used to a city that provides fewer services?
We have to focus on the core services. In my first election for city council, when I was knocking on doors in the Valley, residents did not say, “What’s the housing policy of the City of Los Angeles?” “What’s the Department of Sanitation doing?” They said, “My sidewalks haven’t been repaired.” “My street hasn’t been paved in 50 years.” “I can’t get a policeman to come when we call.”

But what can the city do without?
Parking lots, for example. The city does a lot of good things—but also a lot of things we might not need. Is the city best equipped to manage parking lots, to collect the revenue? Is that a core service? Probably not.

A lot of your job as controller involves going around to different city departments and nitpicking about how they spend their money. That’s not exactly a page out of How to Win Friends and Influence People. How do you build a mayoral campaign after that?
I think the public is interested in having someone who sits in the mayor’s seat and cares about the big things and the little things. I can’t tell you how many people stop me on the street and say, “I love what you did with that last audit.” “I love how you went after the city on cell phones.” I think people will be excited by someone who knows how the city runs, who knows what the revenue sources are, and who knows where the bodies are buried. Someone who will say, “The emperor has no clothes.”

Speaking of emperors, how’s this mayor doing?
People ask me to grade him, and the grade is an incomplete. He’s clearly had bumps in the road, but he’s coming into focus on some issues. He’s tried to do everything for everyone. But sometimes you have to focus. He’s done a good job of bringing attention to improving schools and infrastructure, for example.

Where has he failed?
The challenge has been managing the city. A lot of departments haven’t measured up. It’s about taking care of the less sexy things, and that’s been challenging for him. This is a very difficult city to manage.

You’ve been controller for three years now. What have you learned about the city while on the job?
Most elected officials have no idea how the budget really operates or what the city controller really does. None. They don’t understand anything—from cash flow to our financial reporting to how the financial system impacts the city. Either they don’t understand or they don’t care. That was the biggest surprise. I’m not sure I’d want to give this test to my council colleagues, but I’d bet if you asked them to name the top four revenue sources for the city, they wouldn’t be able to answer.

You grew up in Granada Hills in the 1970s and ’80s. What do you miss most about the Valley from that time?
I was in Granada Hills recently with my son, who’s eight, and I said, “I want to show you where I went to elementary school and the route I took when I walked to school.” He was like, “You walked to school? Alone?” It was a different time. What I loved about the Valley was that you could go to a local public school and feel you were getting a good education. You didn’t spend all your time on the freeways. My family had a building-supply and trucking company that wasn’t hassled every week by the city. There was a sense of community. And I think it’s incumbent upon the mayor to create that sense of community and pride.

Where were you when the song “Valley Girl” came out?
I was at UCLA. So I wasn’t even in the Valley then but certainly knew people who talked like that and hung out at the Galleria and everything.

For lunch—Art’s or Jerry’s?
Art’s. My husband and I have been going there since we were first dating. When my son was a month old, we went there, and Art just rested him on his shoulder and walked around with him so my husband and I could have some peace. It’s kind of like home when we walk in there.

You’ve concentrated on the little things since you entered politics. You were in the city council only a few months before people began to call you “Pothole Queen.” But the little things don’t always add up to big ideas. You said the city needs to be run better. Beyond that, what’s your vision for what the city should be?
The vision is for this to be a city where people feel they can get a good public education and not spend their life on the freeways creating smog. It would be a city where you graduate from college and find a job. I imagine a city that is manageable in terms of quality of life, good recreation, parks, public libraries. My vision of L.A. is one that allows us to say that you can really achieve your dreams.

Well, for starters, how would you get more middle-class people to take public transit around here?
No simple, easy answer to that. The first is to make a seamless transport network. If you are a doctor or a lawyer, you can’t spend two hours taking a bus. Sometimes things have to be really bad to get people to change their behavior. Carmageddon? What a great weekend that was! Why? Some people left the city because they were afraid the sky was falling. Or they decided to have a neighborhood party. Or they decided to go to the Universal lot and take public transport downtown.

When was the last time you took public transportation?
A couple of weeks ago when we went to Hollywood from the Valley. Took the subway.

Do you take it frequently?
Not as frequently as I’d like. I’ve got three jobs: running for mayor, controller, and being a mom.

You’re the only main contender for mayor with a child in public school. As a parent, what do you make of the Los Angeles Unified School District?
We wanted our kid to go to public school. We had a school in the neighborhood that wasn’t so good. But a principal came in 2001, and she turned that school around. She held the parents accountable, the teachers accountable, the kids accountable. She got the support from the community. She got a science lab, a computer lab. It really said to me that a principal matters. There are still so many challenges we face. The number of kids in the classroom, for example. The three women who ran the administration office got transferred. They knew everything about the place, including which kids had to take medication and at what time. Now they’re gone. I’ve learned that there are a lot of problems with the LAUSD bureaucracy. And not all schools are treated alike. We are very lucky, for example, that when they were laying off teachers, they asked all the parents who could afford it to kick in to keep some of the teachers. Every year we have to fight to stay where we are and fight the bureaucracy.

The mayor’s race is going to be costly and nasty. How ready are you to throw yourself into raising money?
You know, my son has been dragged around to numerous events. We were going to a fund-raiser, and I said, “Hey, it has F-U-N right there in the name. It’s got to be fun!” A few days later I was driving him and a friend, and I heard him say from the backseat, “If your parents ever tell you a fund-raiser is fun, don’t believe them.” But I’m leading in fund-raising. I don’t vote on contracts, and I don’t vote on development. So people either believe in me or believe I’m going to win. I’m fine with either of those.

What would you want your legacy to be?
I went to this bicycling event, CicLAvia, recently, riding with my son. At one point a woman screamed, “I love Los Angeles!” And everyone looked around a little awkwardly. And then they all burst out clapping. I want everyone to say, “We love L.A.”