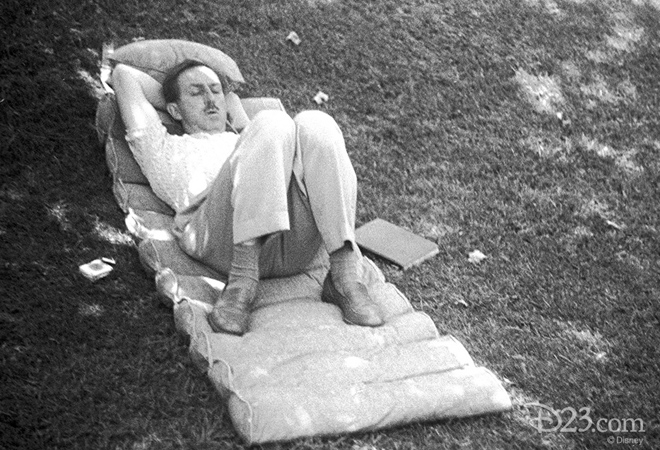 The D23 Disney Fan Club has just discovered some never before released snapshots of Uncle Walt from his personal camera in the Disney archives. Check out the Kansas City boy relaxing in his Los Feliz backyard sometime during WWII. I spoke to the prop masters at History For Hire who described that fancy mattress as a “canvas camp raft” and date the crumpled Lucky Strike pack between 1942-1946. The house at 4053 Woking Way sold in 2011 for $3.7 million and still has many special extras created by the filmmaker including a screening room, stained glass windows, and a “Juliet” balcony. Click here for a tour of the fantasy estate at the edge of Griffith Park.